The real eclipse isn’t for another seven years

August 21, 2017
What a wacky lunch break, huh? I heated up my Rice-a-Roni and got all amped to see the streets of Syracuse get darker than some Nirvana lyrics and what happened? It was like Kurt Cobain was 86ed for Katrina and the Waves at the last minute. Total letdown.

I hear the folks in Carbondale, Illinois had a rockin’ time. And in Nashville, where they never need an excuse to keep rockin’ but they found one today. But up in the 315 (sidebar – there’s a store here called 3fifteen, which is awkward because it’s never called three-fifteen, but three-one-five) it was a ho-hum show that ultimately wasn’t much more than an excuse for a little fresh air.

Now, the next total eclipse in the U.S. will only take seven years to arrive, according to the nerds who think that kind of math is fun. And when it does, it’s going to blow the pants off 2017’s mega letdown. Dallas, Indianapolis, Dayton, Cleveland, Buffalo, and Montreal will all be in the path of totality, which sounds like a way cooler list of places than 2017 offered. 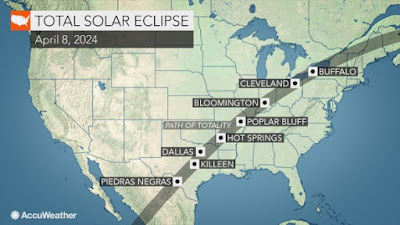 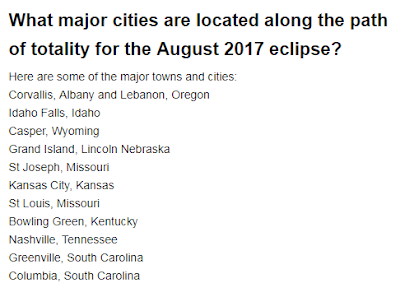 However, the fine Saluki supporters in Carbondale will get to experience another solid lunar shadow that year, when in just 2421 days they’ll be in the path of totality yet again. And they’re marketing the hell out of it. 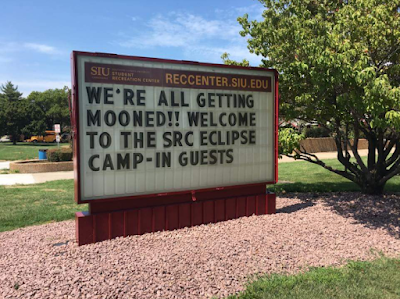 And if for some reason you aren’t lucky enough to find yourself in a beautiful city like Cleveland or Buffalo in 2024, might I suggest the next best option for viewing the eclipse:

In seven years -- when commercialized space travel is possible -- the real show will be watching the eclipse of earth from the moon
— Matt Birt (@BirtMC) August 21, 2017