The Pittsburgh Steelers cannot be the greatest franchise in NFL history

Despite owning six Vince Lombardi Trophies and boasting 22 Hall of Famers, the history of the Steelers is one of polar extremes. They’ve been a consistent playoff participant since 1992 and everyone knows about the Steel Curtain era of the 1970s. But before Chuck Noll turned the Black and Gold into a dynasty, Pittsburgh was plagued with one of the most inept teams the league has ever seen.

--- A LIFETIME OF DISAPPOINTMENTS ---

1933 was the first season in the NFL for the club, then called the Pirates. In the league’s first season using a divisional layout, Pittsburgh finished dead last in an unremarkable five-team Eastern Division with a 3-6-2 record. For the seven years the team called itself the Pirates, they only managed to reach the .500 mark once, racking up 22 wins, 55 losses, and three ties in the process.

By 1943, the team had changed its name to Steelers but the results were more of the same. Additionally, World War II had sapped every NFL team of players, and the Steelers were forced to merge with the Philadelphia Eagles to field a roster for the season. Though the “Steagles” finished 5-4-1, they landed in third place in the Eastern Division, only besting the hapless Brooklyn Dodgers.


Another merger in 1944 – this time with the Chicago Cardinals – was decidedly more disastrous for the team. Card-Pitt, as they were called, floundered to an 0-10 record, sharing that futile mark with the Eastern Division’s Brooklyn Tigers.

1945 saw the Allied Forces win in Europe and Japan, bringing an end to World War II and allowing the Steelers to reboot with a full squad. Two years later, Pittsburgh’s second-place finish in the East was good enough to earn them a berth in the playoffs – their first postseason game in 15 years of existence. They squared off against their intrastate rivals, Philadelphia, and were subsequently shut out 21-0.

Over the next 24 years, the only time the Steelers played past the regular season came in 1962, when they lost to the Detroit Lions in the league’s third-place exhibition game – the Playoff Bowl. 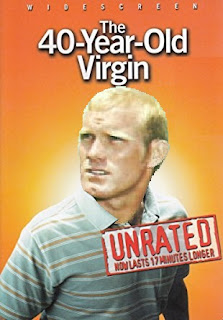 Steve Carrell knows better than anybody that if it takes you 40 years to finally score, it’s going to be memorable. It took 40 seasons for the Steelers to score (in the playoffs), but they made it count. The 11-3 Steelers won the AFC Central for the first time, and hosted the Oakland Raiders in the divisional round of the playoffs. It was a defensive standoff that nearly saw the Oakland Raiders win 7-6 before Franco Harris reeled in a stray ball and rumbled 60 yards to pay dirt with just five seconds remaining in the fourth quarter. The Immaculate Reception launched a dynasty that owned the league in the 1970s, winning four Super Bowls in a six year span.

From 1933 to 1971, the teams with the most playoff appearances were the New York Giants (16), Cleveland Browns (14), Chicago Bears (11), and Green Bay Packers (11). These were primarily in a time when there was only one playoff game, the NFL Championship, not a series of rounds that led to the title game. It’s also worth noting that the Browns didn’t come into the NFL until 1950, almost 20 years after the Steelers did. Even the Miami Dolphins, who joined the league in 1970 as part of the AFL-NFL merger, had more playoff appearances in that time frame (2) than Pittsburgh. The Steelers’ lone playoff appearance in 1947 was still one more than the Atlanta Falcons and New Orleans Saints, but those teams didn’t join the league until 1966 and 1967, respectively.

One can argue that since 1972, the Steelers have been one of the most stable and successful teams. They have made the playoffs more times than any other team (29). Their triumph over another longtime NFL franchise – the Arizona Cardinals – in Super Bowl XLIII made them the first franchise to collect six Lombardi Trophies, and those six NFL championships rank fourth all-time behind the Packers (13), Bears (9), and Giants (8).


But to give them the title of “league’s greatest franchise” is erroneous. They are the only modern team that required multiple mergers to survive, and having only competed in a single playoff game for the first four decades of its existence should definitely be factored in. For all the greatness the Steelers seem to be synonymous with these days, it’s easy to overlook the fact that they were once the poster boys of failure.
Bill Cowher Card-Pitt Chuck Noll football Mike Tomlin NFL Pirates Pittsburgh Steagles Steelers Super Bowl Terry Bradshaw Vince Lombardi Trophy