Did MC Shots even matter?

November 03, 2017
I wasn’t feeling particularly loquacious yesterday, so to cure my writer’s block, I once again turned to you, the people. This time around, I only got one reply, but I wanted to make it count.


My man Joe Myers, comin’ in as clutch as Jerry West. 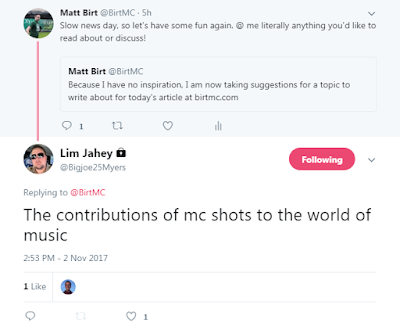 There's a 50/50 chance you've heard the name MC Shots before and know why. For those of you who haven't, let me quickly catch you up:

In high school I took Creative Writing with Mr. Meader. For my final project, I wrote and recorded song parodies mainly about sports. My pseudonym as a singer was MC Shots - the MC for my first and middle initials, and the Shots because of the song by LMFAO. After the first 9 songs were included on the debut album Our Time Is... When? I found the time to write four more songs before graduation, and released them on MC Shots 2. In college, MC Shots wrote and recorded a few more songs, made a mix, and wrote one rap that is still unsung.

Now that you're in the loop, let's examine what contributions MC Shots actually made to the world of music (from this point on, I will be referring to The MC in the third person).

Before the recordings were an idea, there were just words on pages. There was a brooding and sullen villanelle, an elegy about a man whose lady walked out, a short story portraying Bettty Crocker as a jerk, and another about Marvin Harrison drunk on a plane. But it was hard to be inspired by nonsense, which is how the parodies took off.


Good. I would love to hear the song performed. Funny - true.

From there, it was no longer a writing assignment. It was a music project. The seven original songs were joined by two more and Our Time Is... When? became official. No longer did Mr. Meader have to imagine the songs in his head. They were now reality. 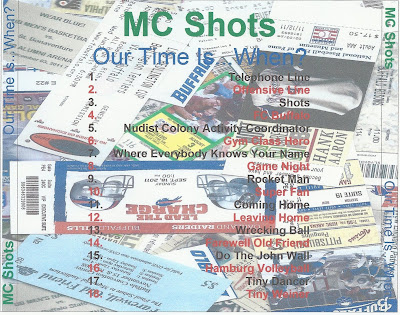 Soon to be known as "the shit heard round the world," Super Fan was the song that sparked it all:

After the release of Our Time Is... When?, some of the material was well received by critics. 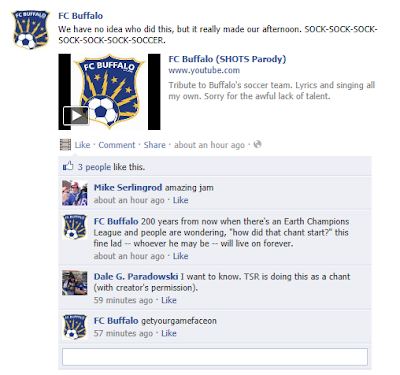 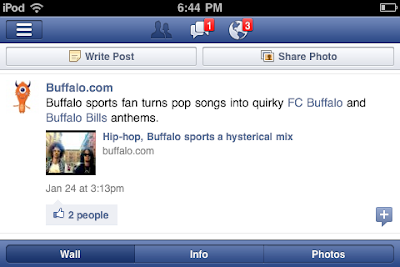 'FC Buffalo,' the initial inspiration for the parodies thanks to Max Accordino, was receiving most of the attention. Also mentioned in an article on Buffalo.com was 'Leaving Home.'

The project got tremendous feedback from Mr. Meader, who gave it a 98 with some kind words tossed in:

Once anyone takes a look at the thought and effort [he] put into the assignment it becomes perfectly clear how much [he cares] about the subject and the writing itself. I LOVE the CD. Sure it's unpolished, but great, great work.


So was MC Shots a genius on the rise? Or was he just a kid with an off-key voice that cracked more than it should?

It's a tough argument. First of all, it was clear he couldn't sing. Secondly, there were so many songs drafted for the project that never made their way to a CD. The 27 songs (at least partially) written but never recorded included:


"Clippers Delight," a parody of "Rapper's Delight" by Sugarhill Gang 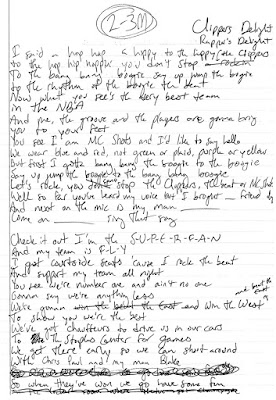 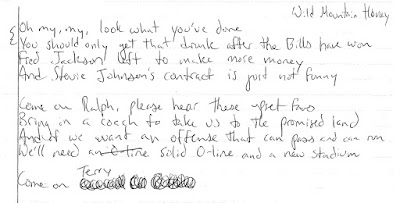 "Outside Balls," a parody of Weird Al's "Phony Calls," which itself was a parody of "Waterfalls" by TLC An untitled parody of "City of Blinding Lights" by U2 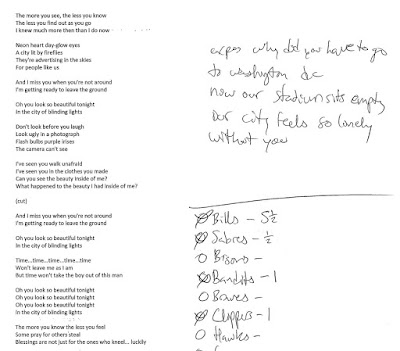 "Round the Bases," a parody Def Leppard's "Rock of Ages" 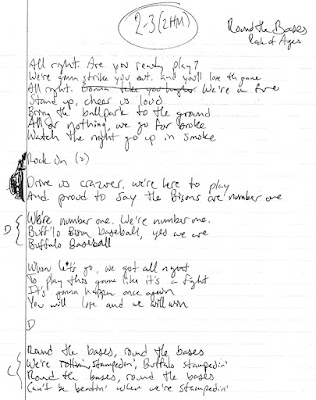 "Cleveland's Night," a parody of "Ladies Night" by Kool & The Gang 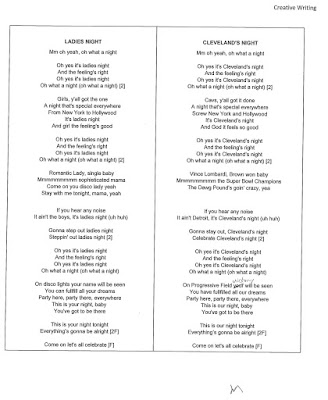 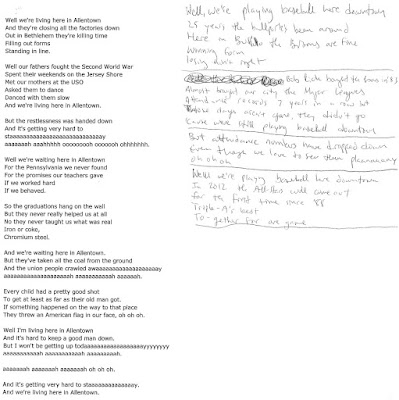 "Come Cry With Me," a parody of Frank Sinatra's "Come Fly With Me" 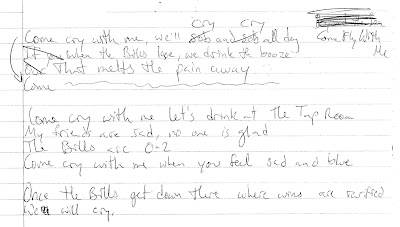 The only one in the bunch not specifically related to sports, "We Didn't Start the Fire, Part 2" 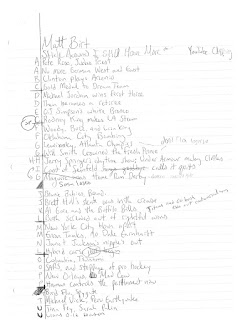 And yet, somehow, he scraped together the lyrics for four more songs and managed to convince some friends to record them with him. MC Shots was now joined by a group hastily dubbed Greater Buffalo Revival. The contrasting qualities of "Banditland" and "Don't Stop Billieving" compared to "Bills Got Back" and "Fitzpatrick" made it clear that there was no magic left (if there was ever any to begin with).

So MC Shots retired from the limelight, surfacing every so often like Will Smith with rumors of a new stuff in the works. In the spring of 2013, he hinted that a new piece was on the horizon. The unrecorded "MC in D.C." is the only original MC Shots song ever written: 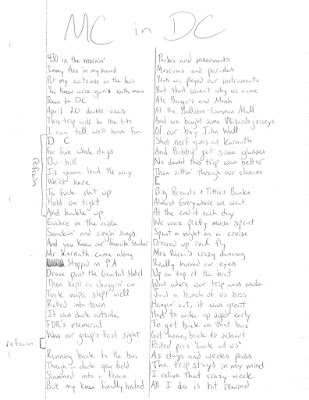 
BREAKING: The first MC Shots parody in almost 24 months has been completed.


Despite what he'd have you believe, MC Shots had sprung back into the public consciousness thanks to potable liquids, The Romantics, and - most importantly - Joe Myers, his roommate and the very same person responsible for the creation of this article.

The hype was short-lived, as "Boom Clap" by Charli XCX hit the airwaves just three days later. The unforgiving nature of the music cycle ate up "What I Like About Juice" and swallowed it whole.

But he wasn't done for 2014. That fall, news broke that the Buffalo Bills would be bought by Terry and Kim Pegula, ensuring the franchise remained in Buffalo long term. To commemorate the occasion, MC Shots did what he did best; he sang about it. The result was his first-ever diss track: 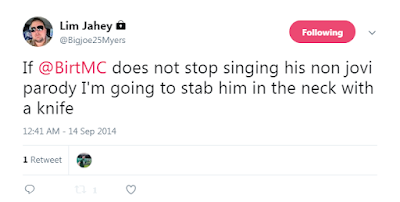 After "Ain't Goin' Nowhere," MC Shots stayed quiet for well over a year. His work, however, was not forgotten. One of the first orders of business for the Rams after they relocated to Los Angeles was to pay homage to the reclusive superstar:


The tweet reaffirmed that it was impossible to overstate the influence of MC Shots. In May of 2016, The MC himself unloaded another piece nobody saw coming:


Following the release of the highly-controversial "The Jake Files," MC Shots receded into the shadows, where he has remained for nearly 18 months.

There are those who believe The MC is working covertly with other artists to maintain his passion while keeping himself out of the spotlight. There are others who think "The Jake Files" was a desperate attempt to reclaim his former glory, and the failure of the track killed any desire he had to make a permanent comeback. Still others insist he's working to come back again, buoyed by supposed writings found in an "email hack."

Another updated stanza from "We Didn't Start the Fire, Part 2," supposedly written by The MC

Was it possible the first "City of Blinding Lights" draft had been scrapped to reflect his college experience?

Regardless of who's right and who's wrong, we're here to discuss the impact the former recording artist made on his listeners.

Myers listened to "Leaving Home" on YouTube so often that The MC gifted him Mp3 versions of his entire catalog of songs for free.

Then he'd play the songs during power hours, parties, or on an average school night just for kicks.

They clamored for more music during his lulls: 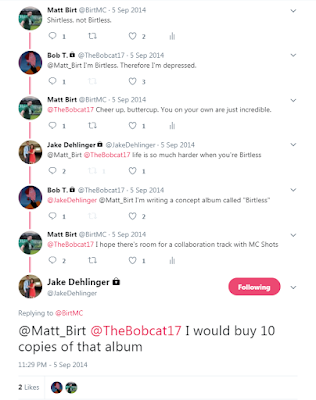 They said other aspects of life needed to take a lesson from his work:


They debated his signature pieces: 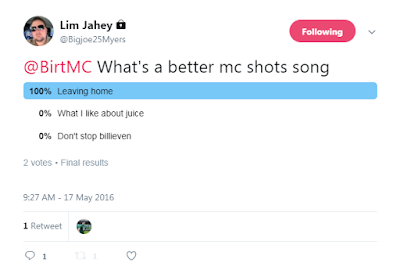 And they still ask when he'll come out of hiding again: 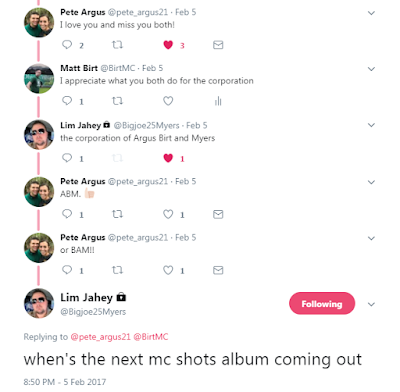 He wrote 49 songs (that we know of), only 16 of which ever saw the light of day. If any of the remaining drafts ever became tracks, it would almost certainly be bigger than when Eddie Wilson "came back from the dead." Suffice it to say, the legacy of MC Shots is stronger and will live longer than anyone would have predicted when it all began.